TO TOP OF PAGE

It has been a half century at least, since the 11th Light Infantry Brigade served in Vietnam. It is best known for its service with the 23rd Infantry Division (better known as the Americal Division) from December 1967 through November 1971 in the Vietnam War as a light infantry brigade.

In a war that divided our country, each of the members of the 11th Light Infantry Brigade answered the call and placed their life in harm's way. This beloved brigade gave up 1,147 of their fellow warriors, their brothers and America's finest. They shall never be forgotten, nor will their sacrifice for our freedom and for all America stands for. So too, prayers for the families of the Fallen for they carry the heavy burden of the loss of a loved one.

These men of the 11th Light Infantry Brigade were and are special and that's enough because each has walked the walk and talked the talk.

This site is dedicated to the men who served the 11th Light Infantry Brigade.


Scroll down this page to read more... 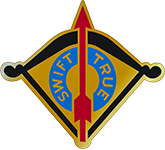 The 11th LIB was formed as part of the US Army's 6th Division during WWI. Activated November of 1917 its elements at that time were the 51st Infantry Regiment, 52nd Infantry Regiment, 16th Machine-Gun Battalion and the 11th Field Artillery. The 11th LIB was deployed overseas from June of 1918 and returned to the United States in June of 1919. The 11th was deactivated September 30, 1921 at Camp Grant, IL. The 11th LIB was inactive through WWII after the US Army reorganized its Divisions of 2 brigades of 2 regiments into 3 regiments with no brigades.

>The 11th Light Infantry Brigade is best known for its service with the 23rd Infantry Division, AMERICAL Division during the Vietnam War from 1967 to 1971. The brigade was organized as a separate Infantry Brigade at Schofield Barracks in Hawaii. It was the first element of the 6th Infantry Division and was scheduled to be activated for deployment to Vietnam. This activation was cancelled by McNamra. The 11th Light Infantry in early 1967, trained extensively in jungle operations in preparation for deployment to Vietnam. To stress realism in the Vietnam-oriented tactical training, the brigade conducted "live-fire' operations in the rugged, thickly-vegetated terrain of the Koolau Mountains on the island of Oahu. The 11th LIB was deployed during the Vietnam War and served the US Army's 23rd Infantry Division, The AMERICAL Division. 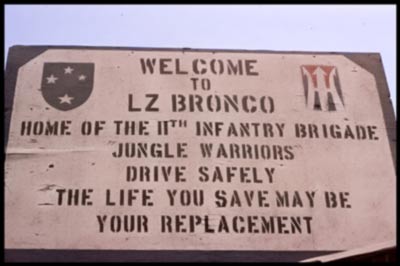 The 3/1 (Always First), 1/20 (Sykes Regulars), 4/3 (The Old Guard) and 4/21 (The Gimlets) infantry Battalions collectively have more Battle streamers, more campaign ribbons, and more years of continuous service than any comparable collection of units in the United States military. The history of these units reads like the battle history of the United States. The Old Guard and Sykes Regulars fought side by side at Gettysburg. More than 100 years later these same storied maneuver Battalions unite as part of the 11th Brigade under the Southern Cross in beautiful Southeast Asia. However, they were not the only units that made up the 11th Light Infantry Brigade. E Troop 1st Cavalry, 6th Battalion 11th Artillery, 6th Support Battalion, 6th Engineer Company, 52nd Military Intelligence detachment, and HHC all were a major contributing factor that formed the 11th Light Infantry Brigade; not to mention the various units while not directly assigned to the 11th LIB were basically support for the 11th LIB. 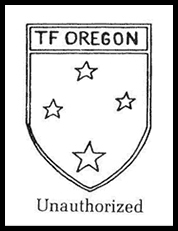 Task Force Oregon became operational on April 20, 1967, when troops from the 196th Brigade landed at the Chu Lai Airstrip and immediately began search operations around the base camp. Soldiers from the 3rd Brigade, 4rth Division started conducting search and destroy operations in Southern Quang Ngai Province, and in May, the 1st B rigade, 101st Airborne paratroopers arrived at Duc Pho and operations in the jungles west of there.

An official change of colors ceremony was held 26 October and the Americal Division became the Seventh Army Division fighting in Vietnam. General Koster received his second star during the same ceremony.

Published by USARV, Tour 365 was a free magazine given to U.S. Army returnees upon completion of their tour in Vietnam. By clicking on the graphic, you may view a copy of the mid-year 1969 booklet Tour 365. There are/were other issues, this is just one of them.

The Coffelt Database has been very supportive of the 11th Light Infantry Brigade and supplied casualty lists for the entire brigade. These lists are being used by permission of the Coffelt Database and may NOT be reproduced, distributed or displayed in any other medium than the 11thlib.com website.